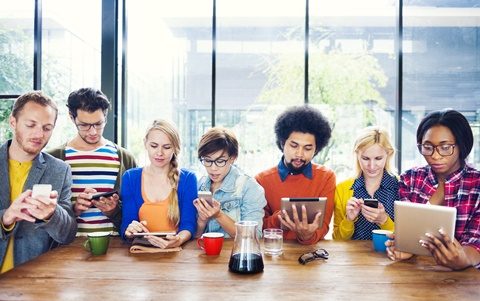 As millennials enter the global mainstream in business, companies need to look closely at how they are set up to ensure they attract, motivate and retain the best talent. The same goes for how they interact with customers and other external stakeholders.

It should be no surprise for marketing and HR departments, whose job it is to analyse and consider the needs of target audiences. They are very aware of the generational gap between millennials, Gen Xers and baby boomers. I might be tempted to think that the generational gap is common knowledge. But at a recent discussion forum hosted by PwC in Copenhagen, Denmark for senior managers from different international companies, it became apparent that generational differences are causing some challenging dynamics in the workplace.

After years of research and exploration, experts such as Vinika Rao, Executive Director of the INSEAD Emerging Markets Institute, can shed fascinating light on the differences. Rao presented some of the findings of her research at the forum, featuring the largest independent survey ever done on millennials – around 16,000 millennials in 42 countries were surveyed. Impressive numbers.

It’s right here and now. Already by 2020, millennials are projected to make up over 50 percent of the workforce. This has major ramifications for talent management. Increasingly, a company’s competitive advantage is a direct consequence of its talent, so if employers do the right things now, they can get ahead in attracting and retaining highly dedicated talent.

With labels such as ‘generation me’ and ‘instant gratification kids’, it’s easy to paint a picture of a selfish and spoilt generation who don’t want to work hard to achieve results.

From my experience, this could not be further from the truth, which is fortunately supported by Rao’s findings. It’s important to note the significant differences between geographical regions, as with most studies of human behavior. But there are also certain commonalities across regions.

Millennials value work-life balance and flexibility in their workplace. Yes, it’s true they don’t want to work harder. That’s because they prefer to work smarter and this is where technological advances play a role. The generation has grown up in a world where technology and its alarming rate of change is the norm. And their ability to navigate new technologies is almost second nature. Or is it?

Technology propels us (all) forward

We’re seeing business change around us, largely driven by the adoption of digital, robotics and automation not just in production, but also in marketing and communications. We’ve heard that millennials and Gen Zers are faster and more willing to adopt new technologies, but personally, I wondered how much truth there was in this. After all, plenty of people in my network (including Gen Xers and baby boomers) have readily adopted technology to the point that it has become not just a normal part of their lives, but also an essential and rewarding part.

But then again, maybe I’m part of a minority, reflecting the industry I work in. It surprised me to hear so many senior managers (Baby Boomers and Gen Xers) refer to themselves as less technology-savvy. When it comes to technology in the workplace, Vinika Rao and Henrik Bresman (INSEAD Associate Professor of Organisational Behaviour) point out several generational differences. For example, Gen Zers are excited about new technologies such as virtual reality, whereas older generations in Britain, Sweden and Norway view technology as a hindrance to their work tasks. Really? Clearly there are some differences to overcome, as technology is here to stay.

Millennials: Leaders of the future

Rao and Bresman discovered that millennials are keen to be leaders. But it’s not because of higher salaries and benefits that are often part and parcel of executive or managerial roles. Quite the opposite, actually. Millennials seek a rewarding feeling that they are giving back to society and like the idea of being able to mentor others. Maybe this generation is the new breed of warriors for the greater good of humankind.

What do these generational differences mean for marketers? Certainly, they impact buyer behaviour, which is continually changing in just about all industry sectors. We can’t escape the need to develop accurate personas of all the different influencers and buyers, who could easily span different generations.

We need to pay attention to the differences in upbringing in a globalised world, education, motivations, interests and personal ambitions, for example. Unfortunately, many B2B executives believe they only need to focus on the rational side of decision-making, which means they overlook vital customer personality traits and their flow-on effects. The insights that can be gained from truly knowing your audience will make it much easier to develop a long-term, profitable relationship with them.

The changing of the generational guard is inevitable. Indeed, it’s nothing new; it’s the natural course of life. But what is new is technology, whose rate of change is exponentially faster than generational change. We’re confronted with the differences – and similarities – in a way we never have been before.

No wonder the gap might seem too big for many to cross. But if we embrace differences and are willing to learn from the generations on either side, we have a great chance of making the differences work in our favor.