As millennials enter the global mainstream in business, companies need to look closely at how they are set up to ensure they attract, motivate and retain the best talent. The same goes for how they interact with customers and other external stakeholders. END_OF_DOCUMENT_TOKEN_TO_BE_REPLACED

Whether B2C or B2B, user experience (UX) is about building the customer-brand relationship. When we use a service or product, we don’t just interact – we connect. The experience you have can even become more important than the product and service itself. It’s all about the emotions. END_OF_DOCUMENT_TOKEN_TO_BE_REPLACED Buyer personas have been used for years to help marketers hone in on what causes purchasers to make positive buying decisions. They are basically character sketches that lay out your target prospect’s background, demographics, objections, challenges, hobbies, and interests. B2C buyer personas are relatively straightforward. What does your target prospect do for a living? How does he spend his time? What car does she drive? Where do they work? But, that is not the case for B2B.

B2B buyer personas are a tad more difficult. Now you have multiple people in charge of buying decisions, usually stakeholders or board members. So, how can you possibly create an accurate persona when you’re trying to nail down several different personalities, lifestyles, and habits? END_OF_DOCUMENT_TOKEN_TO_BE_REPLACED 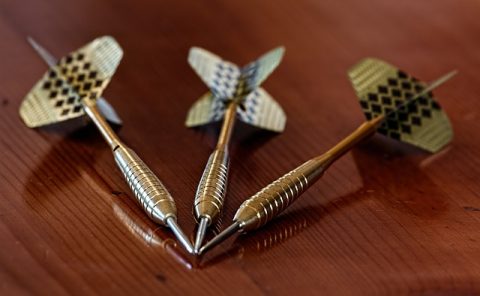 B2B marketing is full of concepts, abbreviations and keywords. And it can get pretty confusing. That’s why we’ve decided to write a series of blogs, briefly looking at a few of the more bewildering buzz-words and setting the record straight with regards to what they actually mean. The first one of the series is account-based marketing, also known as ABM. END_OF_DOCUMENT_TOKEN_TO_BE_REPLACED

Marketing automation is a time-saving action, and nurturing leads is a smart business practice. It stands to reason that both efforts can work together to create a dynamic, effective result. Now, that may sound simple, but it’s actually a strategic initiative that leads to qualified sales leads, which turns into greater sales revenue.

The challenge is how to properly lay out and execute a plan of action that is productive, manageable and measurable. It’s smart for B2B decision makers to employ email marketing into these campaigns, but that isn’t enough to really get the most out of your efforts. A key to successfully nurturing and qualifying leads is text messaging. In fact, we could liken a prospective B2B buyer to a sophisticated partner who is well-educated, has high expectations and is generally intolerant of mistakes. And like in all relationships, there are certain behaviours that strengthen bonds, and critical mistakes that turn people off.

Take your website, for example. In B2B, missteps can sow enough seeds of doubt in the minds of potential or existing customers to make them lose faith in your brand, question your professionalism, or simply click away from your site. Once you lose that credibility, it can be as hard to get back as convincing a cheated-on lover to trust you again. And the result of lost credibility? Lost sales.

So what can you do to make sure you hang onto B2B prospects?

END_OF_DOCUMENT_TOKEN_TO_BE_REPLACED

Are you confusing your customers with second-rate English? For example, did your company recently win a price? Are your people competent, and (by implication) not skilled? Are your writers to your webpage loosing you credibility with spelling misstakes, joiningwordstogether and split ting others, or not using all the write words – making the text that little bit to hard too read?

We all make mistakes sometimes. Especially if we’re writing in a second language. But if your organization has put blood, sweat and tears into creating an innovative product or service that stands head and shoulders above anything else on the market, doesn’t it deserve high-quality promotion? Shouldn’t messaging about what you stand for and what you offer be communicated clearly and professionally? END_OF_DOCUMENT_TOKEN_TO_BE_REPLACED

There’s nothing like being forced out of your comfort zone to give you new ideas and inspiration. And what better way than rapid immersion in not just another business environment, but another culture?

This was the opportunity I was given on a recent visit to South Africa together with a group of business leaders from Denmark. Just a few hours after stepping off the long flight from Europe, we were released into Durban’s Central Business District. It’s a far cry from the sterile, grayscale business district of a northern European city. Colors and sounds line the pavements. People swarm over intersections, dodging the taxi vans, busses and occasional car. It’s an eclectic mix of cultures where urban dwellers dominate, but there are still plenty of people with obviously strong tribal roots.

For the next few hours, we explored the district, interacting with people to learn about their businesses and lives as best we could, sometimes in English, sometimes through an interpreter, and almost always with wild hand gestures. END_OF_DOCUMENT_TOKEN_TO_BE_REPLACED Choosing which channels to bet on is something that, quite literally, keeps many marketing and communication professionals awake at night. US-based Software Advice, an online marketing software broker with access to thousands of B2B buyers around the world, has recently published its annual B2B Demand Generation Benchmark report. The report surveyed 200 business-to-business (B2B) marketing professionals in order to understand which channels, offers, content types and technologies they were using to fuel their demand generation programs—and which they found most effective. END_OF_DOCUMENT_TOKEN_TO_BE_REPLACED

Marketing technology firm Software Advice has released a new report on online B2B buyer behavior, detailing business implications for inside sales professionals in 2014 and beyond. The folks at Software Advice run a highly tuned sales machine where fast phone followups are part of the model, so they know what they’re talking about when it comes to getting visitors to move down the conversion funnel. And for the hungry B2B marketer, there are a few pointers worth noticing.